Dwayne Matthews is a life and education strategist. He converges and shares knowledge on education, disruptive technology, practical psychology and the evolution of work.

Matthews was also a Venture Partner of Yet2 Ventures secondary fund. He was responsible for Canadian technology and fund scouting, while working with Ben duPont (duPont Family). Matthews was also the Canadian executive director of an intelligence firm and was focused on finding disruptive and future looking technologies for the Fortune 500.

Previously Mr. Matthews was the managing director and passionate spokesperson behind the Clean 15 Challenge, Canada’s largest cleantech challenge in 2009, and 2010, which partnered with NASA Techbriefs in 2011.

The Clean 15 Challenge was one of the first open innovation challenges in Canada to curate technology shopping lists of Global 1000 companies, and directly connect them to smaller  clean tech providers that were focused on the fast proliferation of greener technologies worldwide.

Dwayne was also one of the pioneers of open innovation in Canada, a process that enabled companies to have wider distribution of R&D  by accessing global expertise. Through the Canadian exclusive deal held by the Clean 15, he had access to senior level decision-makers at many of the world’s Fortune 500 who engaged his network for the specific purpose of finding new technology. His company was connected to one of the largest technology transfer marketplaces, which represented approximately 40% of global R&D capacity in 2007 to 2011.

Before that Matthews was an international educator at one of the top 5 private schools in South America and the junior chairperson at a TDSB school in Toronto, Canada. He was also a member of the core strategic planning team at The FDR International School, in Lima, Peru.

Dwayne worked to review  trends in education that were driven by technological advancement, assisted in the customization and implementation of new curriculum and was part of a small team that created the school’s mission statement and implementation plans. His teaching philosophy focused on thinking frameworks as a means to transcend the rapid evolution of education paradigms.

Dwayne’s career path over almost two decades has afforded him an incredibly unique perspective on leadership qualities, psychological strategies and thinking frameworks used by highly successful and powerful people. His passion is speaking about how they can be simplified and leveraged in a rapidly evolving world. 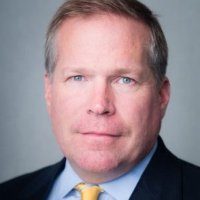 Dwayne Matthews is very bright. I very much enjoyed working with him. If you are in Toronto make sure to go see him.”

Dwayne speaking to 400 oil executives at a conference in Calgary, Canada.